As previously reported six (6) high-priority airborne geophysical anomalies were identified, the most promising, a 2,000 meter long anomaly directly overlain and correlating to the previously announced high-grade gold samples in the open pit (see Figure 1 below).

The Company’s technical team is preparing group magnetic and VLF surveys to further identify the geophysical properties of the high-grade-gold bearing Veins 54 and 55 of the Kukuom open pit. Vein 54 and Vein 55 are exposed for approximately 50 meters in length in the open pit and correlate to a Total Magnetic Intensity (TMI) boundary and relief indicative of a highly probable shear zone that runs over 2,000 meters in length.

Further, ground induced polarization (IP) will be also considered to further refine the targeting by identifying sulfidic and/or clay alteration zones in Target 1 and five (5) other targets that have been identified.

A summary of the extraction and exploration targets and mineralization models is summarized below.

Highly prospective targets have been identified on the concession through field mapping and will be followed up with ground geophysics. A 17-hole drill program scheduled to proceed in Q2/Q3 of 2022 in the open pit area (Target 1) to establish strike continuity of the mineralized zone and down-dip extent. Further target generation, definition and confirmation by trenching, ground geophysics surveys (IP, Mag-VLF) and drill testing of targets generated. Drill-testing the same style of mineralization observed in Target 1 will be pursued elsewhere in the concession.

Primary targets include quartz veining and stockwork systems; disseminated-sulfides style; open-pit targets, especially the upper zones close to the surface, which are oxidized and therefore, largely non-refractory (oxide dump leach material and CIL); alluvial (placer) gold resource along the valleys flats and terraces of the Tano River and its tributaries. 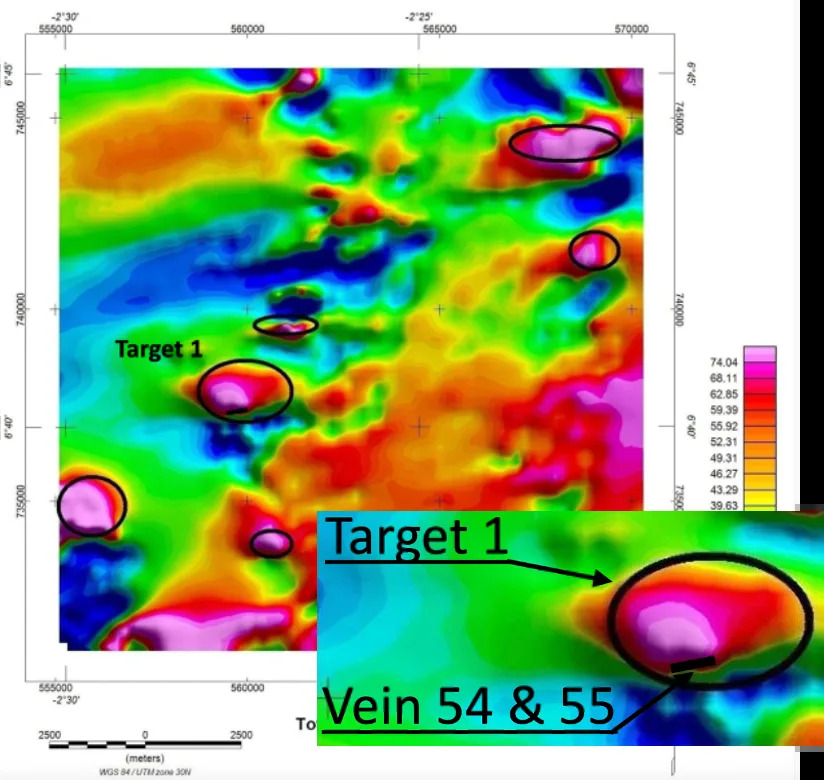 Guskin Gold Corp. (OTCQB:GKIN) is a mining company publicly traded in the United States, with its head office in Santa Clara, California. Guskin is focused on gold exploration and alluvial mining in Ghana, the number one gold producer in Africa and seventh largest gold producing country in the world. The Company’s leadership team is world-class. Many are native to Ghana, all offer specialized expertise in the business of gold exploration, mining, public markets, and finance. And all are passionately committed to the success of the Company, our partners, and investors. For additional information please visit www.guskingold.com.

Guskin Gold’s disclosure of a technical or scientific nature in this news release has been reviewed and approved by Francis Agezo, P.Geo, a qualified person under the definition of National Instrument 43-101. This report was commissioned for the purpose of a subsurface geophysical investigation to map geological structure. The Company accepts no responsibility or liability for any use of this report or any reliance upon this report by any person, other than the use of the whole of this report by the Client consistent with the Purpose. The full report, while unpublished in this press release, must always be considered in its entirety.